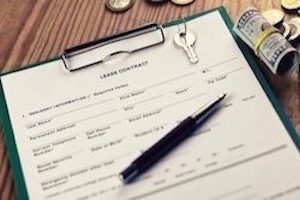 How Real Property Litigation Is Handled

Mr. Mavrick begins by meeting with the client to determine the client’s needs.  Real property litigation requires a careful review of the relevant contracts and other documents.  Every case contains factual and legal details that must be pieced together to determine whether the client’s objectives can be achieved.

The Mavrick law Firm has successfully defended several commercial tenants where commercial landlords have overreached and not acted properly.

In another case, Mr. Mavrick successfully defended a commercial landlord from an eviction action where the landlord had failed to provide a commercially habitable premises. Mr. Mavrick’s client had repeatedly complained about serious mold problems that emanated from the common area of the building and predated the commercial tenancy. Mr. Mavrick obtained dismissal of the landlord’s case.

In a recent successful defense of a commercial tenant in a commercial landlord-tenant lawsuit, Mr. Mavrick reviewed the contract and determined that the contract lacked critical features required for enforceability under Florida law. The Fort Lauderdale real property litigation attorneys at the Mavrick Law Firm prevailed on two motions to dismiss the case and then sought recovery of his client’s legal expense. The commercial landlord had tried to add provisions to the lease that were never agreed to by the tenant, and then use alleged violations of those never agreed to provisions as grounds for a lawsuit. Mr. Mavrick persuasively showed that the landlord’s case was without merit. The court dismissed the landlord’s case.

Mr. Mavrick has successfully defended several small businesses who were sued by allegedly disabled persons who claimed they could not access the premises or were discriminated against in their access. In many of these cases, the plaintiff’s attorney made outrageously expensive demands on the business owner to make severely disruptive changes to the business premises. Mr. Mavrick defended his clients by minimizing or avoiding architectural changes demanded by plaintiffs and negotiating favorable resolutions of the lawsuits.

Mr. Mavrick has successfully defended clients in litigation based on a personal guaranty of a commercial lease. Unfortunately, many tenants of small businesses sign contracts that personally guarantee that their corporation will pay the commercial lease, even when the acts of the corporation are beyond the guarantor’s control. In one such case, Mr. Mavrick defended the seller of shares of stock in a successful business who was sued by a former commercial landlord based on a personal guaranty the seller had signed before he sold the business. When the buyer of the business failed to pay the landlord for rent several years after the business was sold, the commercial landlord filed a lawsuit. Mr. Mavrick successfully defended his client accused of breaching a written guaranty agreement (guaranteeing performance of the commercial lease). The claim for damages was very large as the landlord sought compensation for the entire future lease term that had been extended by the defaulting buyer of the business. The Fort Lauderdale real property litigation attorneys at the Mavrick Law Firm found defects in the written lease guaranty that would exonerate his client and also found Florida and non-Florida case law that carved out special exceptions to a guarantor’s liability when the seller of stock had completely divested from and separated from the business he had sold. After filing a motion for summary judgment to dismiss the case, the landlord dismissed its case with prejudice.

For 25 years, Mr. Mavrick has successfully represented clients in real property litigation. Mr. Mavrick has the highest peer-review rating from Martindale-Hubbell, of AV.  He also has a rating of 10 out of 10 from lawyer rating service AVVO.  Mr. Mavrick graduated with honors from Harvard Law School in 1992.  He was awarded entry to Phi Beta Kappa.