The Mavrick Law Firm focuses on obtaining excellent results for businesses needing strong, creative, and cost-effective legal representation. Peter T. Mavrick has had substantial success in representing clients in jury trials, bench trials, arbitrations, and in appellate litigation. The Fort Lauderdale and Miami business attorneys at Mavrick Law Firm have obtained excellent results for clients by deploying effective strategies with zeal for the best interests of the clients. The Mavrick Law Firm has been creative and aggressive in defending clients' interests and where appropriate has counterclaimed to turn the table on meritless claims brought against clients. Satisfied clients have repeatedly returned for future representation in new matters and have recommended Mr. Mavrick to friends, family and business colleagues. The Mavrick Law Firm has successfully represented clients in Broward, Palm Beach, Miami-Dade, Collier, Lee, Sarasota, Hillsborough, Hendry, and Orange Counties.

The lawyers at the Mavrick Law Firm take the time to understand the needs of each client and each individual case. They understand that no two cases are exactly the same. If you would like to consult with an experienced business lawyer regarding your legal issues, contact us today.

The business litigation lawyers at the Mavrick Law Firm have substantial successes in representing businesses in a wide range of business disputes, including:

Selling or buying a business in Florida can lead to legal disputes. Buyers sometimes fail to keep their end of the bargain by not making required payments due, especially when there is a "seller finance" provision that allows future payments. Sellers sometimes act improperly by misstating the true revenues of the business to get the highest possible price by misleading the buyer into thinking that the business yields much greater cash flow than is the truth. The Mavrick Law Firm has diligently represented buyers and sellers of businesses in preparing and negotiating contracts for the purchase or sale of businesses. The Mavrick Law Firm also has successfully represented sellers and buyers in litigation regarding purchase and sale of businesses.

Often lawsuits against businesses and their owners seem to lack common sense. The Fort Lauderdale breach of contract lawyers at Mavrick Law Firm defends businesses in commercial litigation disputes concerning commercial lease issues, business partnership and sale agreements, shareholder agreements, and corporate joint-venture agreements. Careful review of contractual provisions and review of the applicable law as to what are and are not legally enforceable provisions in contracts is crucial to effective legal representation. The Mavrick Law Firm has successfully represented Florida and out-of-state businesses in corporate and commercial disputes. Contact the Fort Lauderdale attorneys at the Mavrick Law Firm to review your case and advise you.

Florida law recognizes different types fraud that can form the basis of a lawsuit, such as fraudulent inducement, fraudulent misrepresentation, fraud in the execution of a contract, and "fraud in the factum." Claims of fraud generally allege that there was a knowingly false statement of fact that ultimately caused damage to another person. Sometimes claims of fraud are either factually or legally baseless. For example, sales pitches sometimes "puff" statements such as this is "a great car" that amount to nothing more than vague opinions. The Mavrick Law Firm understands the laws concerning fraud, including the special pleading requirements and what is and is not actionable fraud. The Mavrick Law Firm has successfully represented plaintiffs and defendants in legal disputes asserting fraud.

Florida's Deceptive and Unfair Trade Practices Act is a broadly worded statute that prohibits "deceptive" and "unfair" trade practices. Sometimes claims under this statute are filed in lawsuits because the particular conduct would not satisfy the strict legal requirements for a fraud claim. The Mavrick Law Firm has successfully represented clients in litigation concerning the enforcement and defense against claims under this statute.

The non-compete lawyers at Mavrick Law Firm concentrate on the representation of businesses and their owners, including the following:

The United States and the State of Florida have a free-enterprise system that encourages business formation and competition. Florida law has a specific statute prohibiting arrangements that restrain trade (Florida Statute Section 542.18 "Every contract, combination, or conspiracy in restraint of trade or commerce in this state is unlawful"). Florida, however, created a legal exception to free-enterprise and allowed certain narrow circumstances where competition can, by agreement, be restrained. The State of Florida set forth those narrow circumstances in Florida Statute Section 542.335. In Florida, many former independent contractors and employees have signed non-compete contracts that are unlawful and unenforceable under Florida law. For this reason, Judges have refused enforcement non-competes where they were not supported by a legitimate business interest, were overly broad, or where there is some other illegality that would render the non-compete enforceable. There are additional reasons why Judges have refused to enforce non-compete contracts. The Mavrick Law Firm understands the reality that businesses often will try to enforce invalid non-competes to keep legitimate competitors out of the market. The Fort Lauderdale non-compete lawyers at Mavrick Law Firm have successfully advised and defended many businesses that are the targets of lawsuits seeking to stop their operation based on illegal, unenforceable, and overly broad non-compete agreements. In Broward, Miami-Dade, Palm Beach, Collier, Lee, and Sarasota Counties, the Mavrick Law Firm has helped and defended many small businesses and their owners and employees to allow them to compete and thrive in their market.

Often when a business or its assets are sold, the sale contract will contain a provision where the seller promises not to compete against the buyer or hire the employees of the buyer's business. Disputes sometimes arise over what was intended by these non-compete contracts. The Fort Lauderdale non-compete lawyers at Mavrick Law Firm has represented sellers and buyers of businesses and appreciates the legitimate interests of both. Sometimes the buyers will improperly assert breach of a non-compete when no true breach occurred as a form of "buyer's remorse" so that the buyer can get its money back for a business it wished it did not purchase. By contrast, sometimes sellers make improper incursions into sales territories where the seller promised not to compete for a certain period as part of the inducement for the buyer to purchase the business. The Mavrick Law Firm understands the business practicalities and realities of both buyers and sellers.

Contracts About Confidential Information and Non-Disparagement

The Fort Lauderdale employment attorneys at Mavrick Law Firm also have had excellent results in defending businesses sued for violations of various labor and employment laws, including:

The largest number of federal overtime and minimum wage lawsuits are in the federal court in South Florida, i.e., the United Stated District Court for the Southern District of Florida. South Florida has been called "ground zero" for overtime and minimum wage claims due to the number of small and medium sized businesses and the active plaintiffs' bar filing the lawsuits. The Mavrick Law Firm has successfully defended overtime and minimum wage claims in numerous industries, including restaurants, construction firms, factories, transportation businesses, medical and dental professionals, accounting firms, and various other service businesses. Our Fort Lauderdale employment lawyers also have successfully defended businesses in claims claiming failure to pay commissions and salaries and have prevailed in cases seeking class certification for collective actions for potentially large groups of former employees seeking back wages. The Mavrick Law Firm understands the issues businesses face when defending against such cases and has obtained excellent outcomes, including successful motions to dismiss and for summary judgment, compelling arbitration, as well as victories at trials. Contact the attorneys at the Mavrick Law Firm to review your case and advise you regarding the merits, legal defenses, and the availability of other legal options such as counterclaims.

Employers sometimes face audits by the United States Department of Labor investigating contentions by disgruntled employees (current and former) that they are owed overtime or minimum wages. The Mavrick Law Firm has represented many employers both in an advisory capacity when they are facing such investigations as well as interceding on behalf of the employer to protect the business's interests in the investigation. The attorneys at the Mavrick Law Firm also have successfully represented businesses and their owners in lawsuits brought by the Department of Labor on behalf of employees of the businesses.

Defending Against Claims Of Discrimination And Retaliation

The Mavrick Law Firm also has successfully represented South Florida employers in litigation against former employees who have abused their trust relationship with the employer. Mr. Mavrick successfully represented a Florida company to recover from a key former employee who stole substantial business, business opportunities, and money from the former employer to set up and operate a competing business. Florida law governing employee duty of loyalty bars expresses the common-sense concept that it is against the law to undertake disloyal acts against the employer during the employment relationship.

Learn More
Our Practice Areas
Practice Areas
Client Testimonials
“A few months ago our company was in need of a Labor Law Attorney and we were very lucky to have found Peter Mavrick. He is a great attorney, he maneuvered through a rather complex Employers Liability case advocating against the opposition and protecting our company and personal interests. He was extremely well-prepared and well-versed and very professional. If you find yourself in need of great Labor Law attorney, you should not hesitate to contact him” -C.Y.
“Peter Mavrick successfully defended our company in a federal court jury trial. The jury ruled our way in a lawsuit by a person claiming our company owed him overtime wages. Mr. Mavrick “out-lawyered” the opposing lawyer and handled the case like our company was his own family’s business.” -Business owner Arthur P.
“For years, Mr. Mavrick has provided sound advice to my business and he has provided excellent representation in a business lawsuit. He is highly responsive when I need his and his legal knowledge, skill, and advice are excellent.” -Business owner Preston M.
“Peter Mavrick successfully defended my company and me in a non-competition covenant lawsuit that sought an injunction that would have effectively shut down my business. Mr. Mavrick energetically handled the case like it was his own. He got the case dismissed with no liability and saved the business. Peter is an excellent lawyer and I recommend him in the areas of non-compete and business litigation.” -Business owner Kevin W.
Meet Our Team 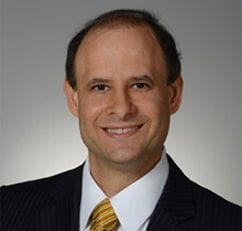 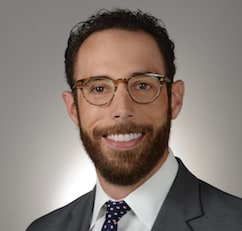 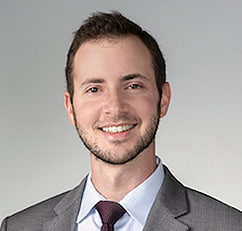 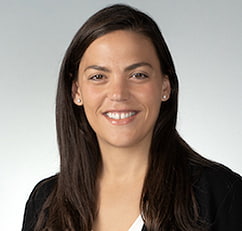 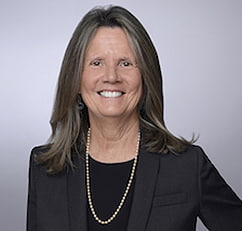